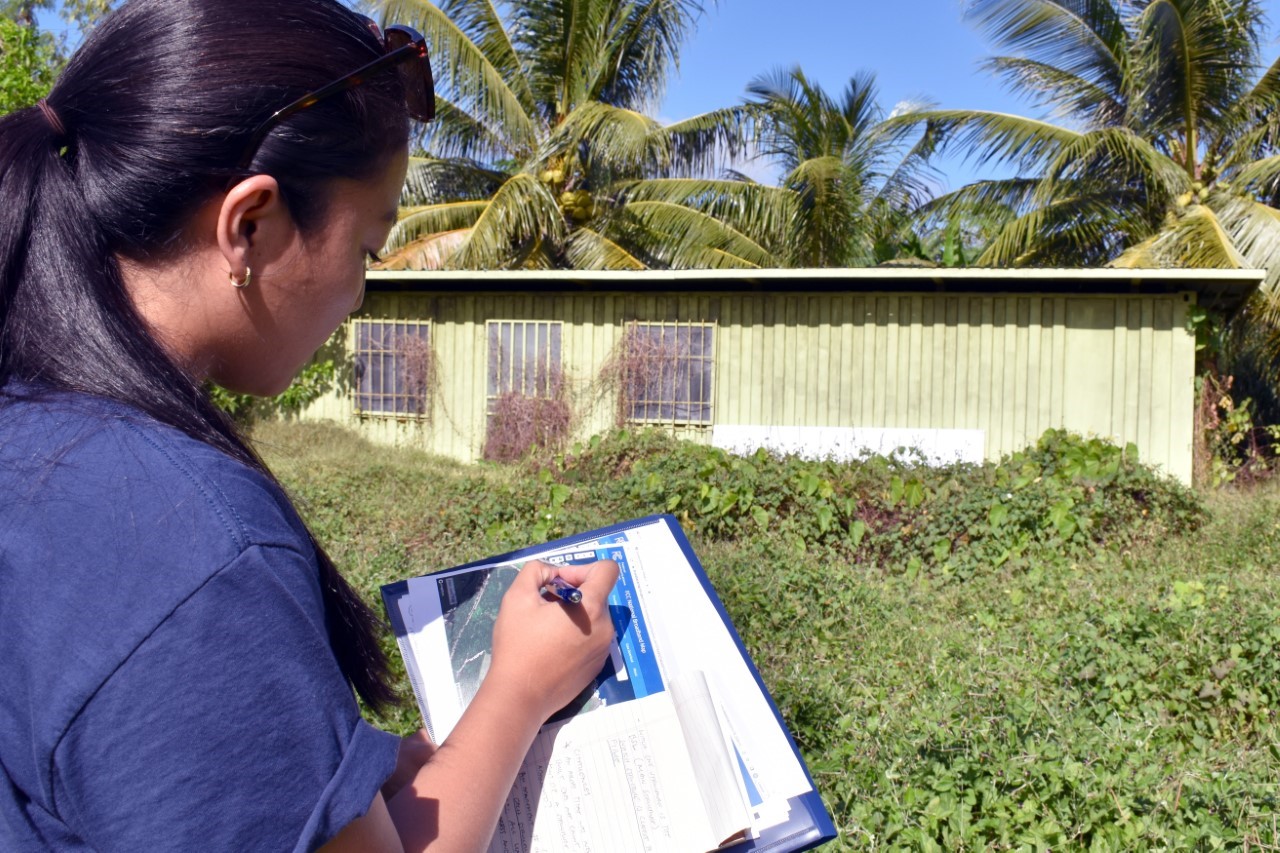 Nami Mafnas, Program Consultant for the Office of Planning and Development, surveys Broadband Serviceable Locations for the CNMI Broadband Project.

(CNMI Office of Planning and Development)

On November 19, 2022, the Federal Communications Commission released its new FCC National Broadband Map, at https://broadbandmap.fcc.gov/home. On the heels of that release, CNMI Broadband is announcing that it has completed its initial review of the map data for the CNMI territory. As a result of that review, CNMI Broadband is determined to make sure that households and businesses that were clearly missed upon the initial release of the map are properly counted, and to challenge connection data in locations where it may not be accurate.

CNMI Broadband is a project of the CNMI Office of Planning and Development (OPD). “First of all, we would like to acknowledge that this map represents a significant amount of effort on the part of our partners at the FCC, as well as a big chore for our commercial Network Service Providers, who had to work with new software and tight deadlines to submit their data. In many respects, this map is a landmark in public data collection and dissemination, and we encourage residents to visit the link to see it for themselves,” said A. Kodep Ogumoro-Uludong, OPD Director.

“That being said, we need to make sure that the facts on the ground are being accurately represented. Somewhat like a census, there will be a component of our federal broadband infrastructure funding that will be based upon the data. There is a huge race going on with all the states to get the largest possible share of the funding, and we need to keep up in that race by counting everybody we can,” continued Ogumoro-Uludong.

The FCC National Broadband Map is part of the federal government's implementation of Broadband for All programming tied to the Bipartisan Infrastructure Law and its statutory funding rules for internet service to residents throughout America. According to the website, “This map displays where Internet services are available across the United States, as reported by Internet Service Providers (ISPs) to the FCC.” A formal challenge process is available to residents by using the data portal, and broadband offices such as CNMI Broadband have a second “bulk challenge” mechanism in order to submit lists of data. Several key deadlines for challenge data have been set out by the federal government, the first of which is set for January 2023.

“Many of the places we are looking to correct are in remote areas,” said Peter Dresslar, Senior Advisor for Broadband and Digital Equity at OPD. “There are areas around Marpi and along Route 36 that seem to be missing numerous households. And then we have Tinian and Rota with some gaps in coverage, not to mention the Northern Islands, which the maps completely ignore. Even though the Northern Islands are remote, they still deserve to be counted and recognized on this map, and we will make sure that happens. We'll be using statistical analysis, comparative satellite map reviews, and we are also immediately sending out a team to verify the data on the ground where needed.”

CNMI Broadband also convened a meeting of the Broadband Offices of the Pacific Territories to discuss common mapping problems with the broadband teams from Guam and American Samoa. According to CNMI Governor Ralph DLG Torres, “the Office of Planning and Development was designed from the start to be built on partnerships, and CNMI Broadband's continued leadership in the Pacific is a great example of that approach.”